Source: http://www.metmuseum.org/toah/hd/buda/hd_buda.htm According to tradition, the historical Buddha lived from 563 to 483 B.C., although scholars postulate that he may have lived as much as a century later. He was born to the rulers of the Shakya clan, hence his appellation Shakyamuni, which means “sage of the Shakya clan.” The legends that grew up around... END_OF_DOCUMENT_TOKEN_TO_BE_REPLACED 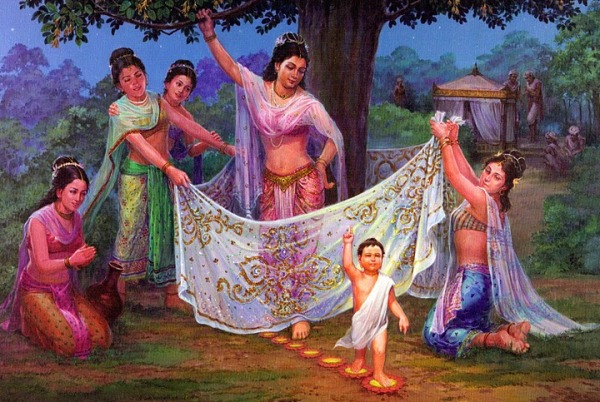 Source: http://www.history.com/this-day-in-history/buddhists-celebrate-birth-of-gautama-buddha  On this day, Buddhists celebrate the commemoration of the birth of Gautama Buddha, the founder of Buddhism, thought to have lived in India from 563 B.C. to 483 B.C. Actually, the Buddhist tradition that celebrates his birthday on April 8 originally placed his birth in the 11th century B.C., and it was not... END_OF_DOCUMENT_TOKEN_TO_BE_REPLACED